Migration – Why Birds Take the Risk

During the fall, as the days grow shorter and the temperatures begin to cool, millions of birds are preparing for the most hazardous journey of their lives. Long migrations are deadly for birds. It is estimated that about half of all migrating birds do not survive their combined trips north and south each year. The numerous hazards they face include bad weather, predators, exhaustion over large bodies of water resulting in drowning, collisions with towers and buildings, and starvation due to the loss of suitable stopover habitat. 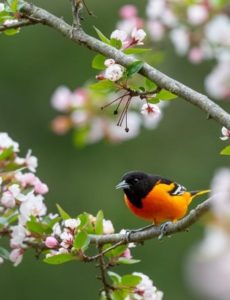 Bird species that rely on insects and fruit for the majority of their diets must make this perilous trip in order to have adequate food through the winter months. The fact that the various species spread out across the tropics and sub-tropics, rather than all migrating to one location, assures more adequate food availability for all migrants. 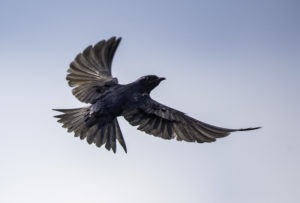 With warm tropical weather in the south, why would a bird venture north in the first place? It all has to do with nesting space, food and day length. If you take a look at a globe, you will notice the northern hemisphere has much more land mass than the southern half does. It contains more space for millions of birds to spread out and establish larger nesting territories that offer less competition for food and a better chance of avoiding detection by predators. 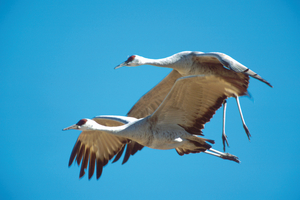 In the spring, as birds migrate north, the hours of sunlight per day grow longer. This advantage allows birds nesting in the north to make many more feeding trips to their young every day. The young grow faster, leave the nest earlier, thus shortening the dangerous nesting period for both them and their parents.

The advantages of migration do outweigh the risks, maybe not for every individual bird, but for each species as a whole. So wish them well as they return south on that long and dangerous journey to their winter homes.