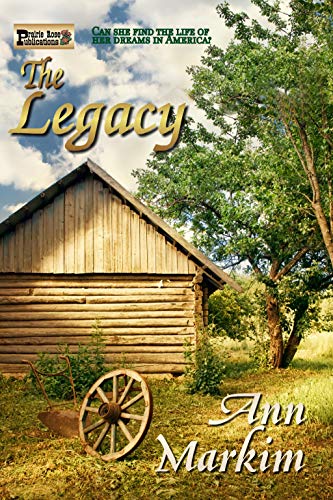 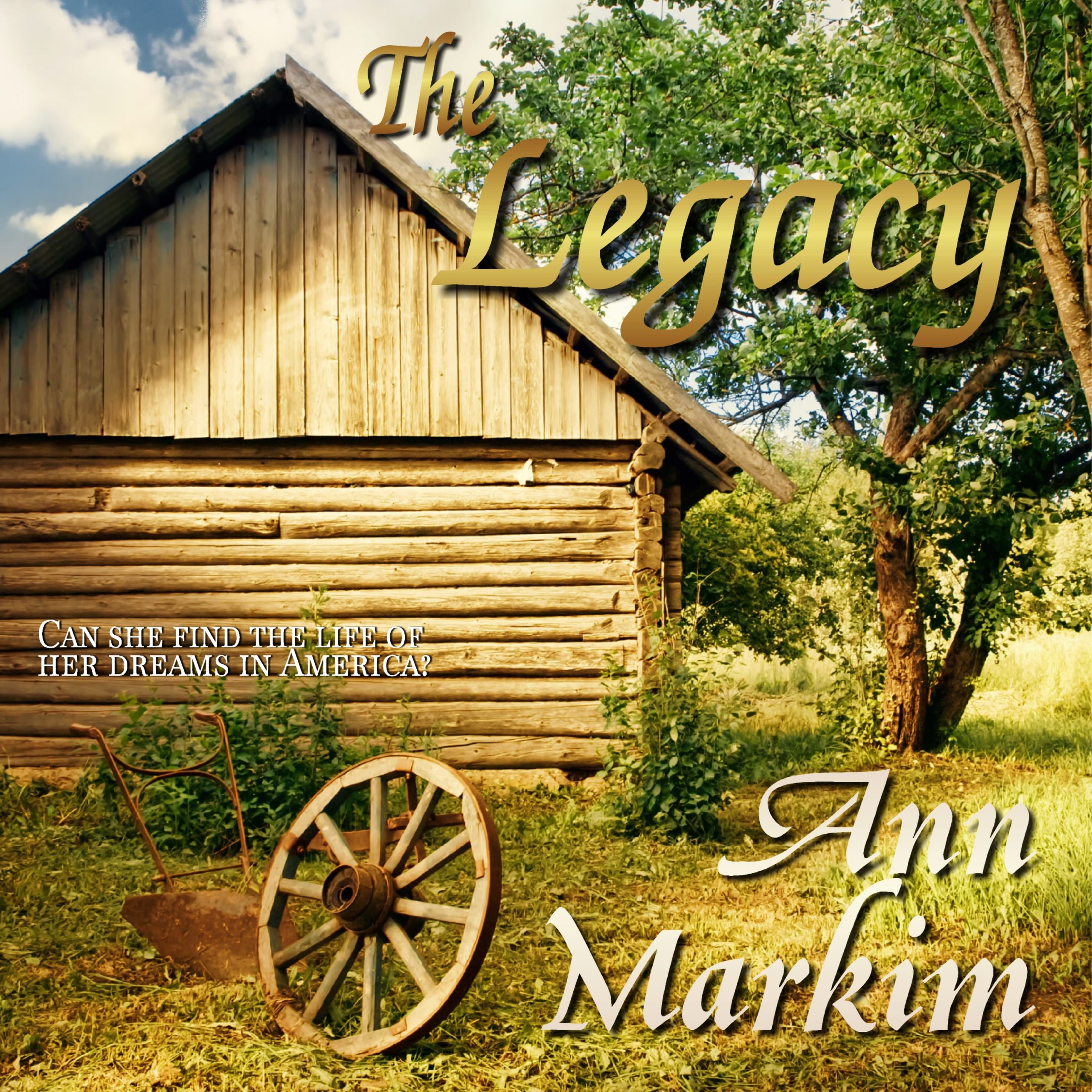 The audiobook for The Legacy is now available on Apple Books, Audible, Google Books, Scribd, and all your favorite listening apps.

Pregnant and unwed, Anna Jorgesen is disowned by her parents and sent to America from her beloved Denmark and all she holds dear. With high hopes and plans to wed the father of her unborn child, Jorn Stryker, her heart is full of dreams. But Jorn greets her with little enthusiasm, and reluctantly agrees to marry Anna in order to be able to continue his business of helping young men emigrate to America—with her family’s help.

Jorn assigns a farm hand, Halvor Hansen, to look after Anna each year when he returns to Denmark for his next group of emigrants, and slowly, Halvor begins to fall in love with Anna. Could she ever return his love, or will she remain steadfastly loyal to her harsh husband, who seems to care nothing for her or his growing family?

Anna becomes more self-reliant as she grows into womanhood, and faces disappoints in her turbulent marriage to Jorn—until something happens that rips her world apart, changing her life in more ways than she would ever have believed. She is forced to make a painful decision, and though she feels she can live with the finality of it, that choice threatens to turn the entire town against her.

With the unforeseen, far-reaching consequences of the choice she makes, will everything be lost to her? Or will she be able to at last find happiness?

Anna Jorgesen studied her reflection in the small mirror hanging on the wall of Peder’s room. Her hair, a bright blond when properly coifed, looked drab and disordered. Dark circles beneath her blue eyes added years to her gaunt face.

Footfalls, heavier and slower than Peder’s, sounded on the stairs.

She tried to pat her limp hair into place.

Her stomach quivered. Smoothing a wrinkle in her brown satin skirt, she hurried across the room.

Eager to hold him close, she held out her arms.

Jorn Stryker backed down a couple of steps and stood there, wearing a gray flannel shirt and wool coat. A wide-brimmed leather hat rested atop his light brown hair, which curled slightly at his shoulders. The line of his mouth was grim.

She searched his face for a trace of his usual enthusiastic greeting.

“Anna.” He removed his hat and held it at his side. His emerald eyes held no spark.

“Please come in and sit down,” she said, forcing a cheerful note into her voice to cover her growing bewilderment. She led him into the barren parlor. Peder’s only two armchairs stood facing each other with a small low table between them. His bed had been pushed against the wall.

Anna gestured for Jorn to take the nearest chair. He placed his hat on the table and sat. She seated herself opposite him.

It sounded more like a perfunctory pleasantry than an observation, especially since she still bore the vestiges of her recent illness.

As she gazed at him now, anticipation of the warm sensations his whispered sweet words had conjured within her slipped away. His stern face mocked her memories of the swelling ache that had throbbed whenever they kissed. His distant manner crushed the residual desire that had burned so powerfully when he touched her, igniting the impulse to give herself to him over and over again.

Why didn’t he say something? Anything?

Maybe he was waiting for her to start the conversation. She inhaled slowly. Might as well get right to the point. “I’m carrying your child.”

“So your letter said.” His gaze bored into her. “How do I know it’s mine?”

She reeled. How could he even think that, let alone ask it?

Her stomach roiled as it had on the Atlantic crossing. She swallowed back the bile and straightened her spine. “Because the first time you took me, you found me to be a virgin. And there has been no one since you. I’ve been too ill for such things since I have been with your child.”

He huffed and looked down at his hands, fisted in his lap. Opening his fingers, he unbuttoned his jacket. “Now you and your family expect me to marry you and make a respectable woman out of you.”

“And an honorable man out of you,” she said tersely.

“I have no room in my life for a wife and child. Farming my land and my trips to carry out my work in Denmark take all my time.” He leaned forward, his tone irascibly patient. “There are many unmarried Danish men in the area, some I have brought over myself. Several of them are looking for young Danish women to marry. Cedar Falls has few eligible women of any age. Perhaps I could arrange–”

“You would allow another man to raise your child as his own? And your child to take another man’s name?” She squeezed her shaking hands together. How could she have given herself so easily to a man capable of such a despicable proposition?

Jorn heaved a sigh and sat back in his chair. “And if I don’t marry you?”

She inhaled a sharp breath. Tearing her gaze from him, she struggled to come to terms with the enormity of his question. She swallowed to quell the panic rising within her then looked up at him. “If I have this baby out of wedlock, my reputation will already be ruined,” she snapped. “So I will tell everyone in town that you are his father. Let them know what kind of a man you really are.”

Check out the Extras Prequel